Skip to Content
Home Blog A Short History of Boots

Boots is one of the beloved and basic footwear, especially in cold countries. In the past centuries and decades, however, it has become one of the most fashionable items one could ever wear, even in the tropics or during summer.

So when did it all start? Boots were first illustrated in a cave painting in Spain, so they were mainly the first people to invent them. Centuries after, boots were also found in Egypt and Greece, without Spain’s influence. Apparently, its design, like clothes and bags, is basic as it follows the feet, and it’s covered by animal skin and fur to protect one from cold weather. During that time, boots were not designed for fashion, but only for function. The cavemen made the boots from whatever materials are available. They did not fine-tune and develop the resources.

However, aside from the primary function of protection from cold, boots have become a status symbol. In the ancient world, boots were mostly only worn by emperors and their military. They were able to invent economics and value, which put leather as an expensive material. The masses did not have the chance to have their own boots; they mostly only went barefoot.

During the middle ages, boots continued to be a status symbol, but it evolved. The boots, which have more intricate designs and are made from expensive materials, were worn by the elite. However, slowly, boots were introduced to the masses since there was a need for them.

Despite the masses usage of the boots, it was mostly worn predominantly by men. However, in the 18th to 19th century, boots became a staple fashion for women. Women wore it along with their long dresses. It was during this time that different styles and variations were designed for the boots. There were taller ones, ankle boots, flat, and heeled ones.

It was during this period when the boots peaked, mainly because of the industrialization and invention of rubber and the sewing machine. More and more styles and designs were introduced during this time, and boots have become less expensive.

Because of new footwear trends and inventions, boots have become more like a function than fashion. Fashionable shoes like Oxford shoes and high heels were mostly donned by the people. Boots were mainly only worn for military and sports activities. However, in the late 20th century, boots have created a different status. Instead of being basic for men and women, wearing boots became a rebellious symbol.

Where everything is more fashionable and bold than ever, the 21st century took boots as form, function, and fashion to a higher level.

Many designers have created modern designs and even functions for boots. You can choose a lot of the prettiest and coolest designs you would never have imagined.

Shop our Collection and find uniquely-designed boots that suit your style. 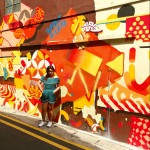 NeP-C Ledesma is a freelance writer and blogger. Her main duty is to write for The Pop Blog, but she also contributes to Midwave Magazine. During her free time, she loves playing with her cat and cooking meals for her family. Contact her at nepcledesma@gmail.com for writing, blogging, and marketing duties and collaborations.

Send message via your Messenger App